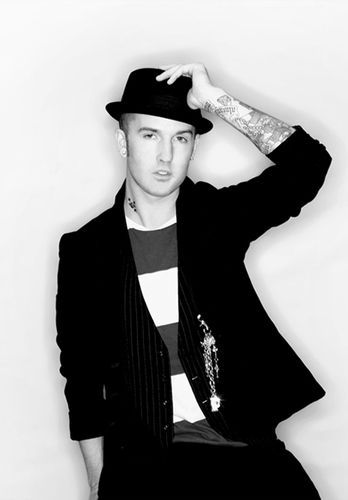 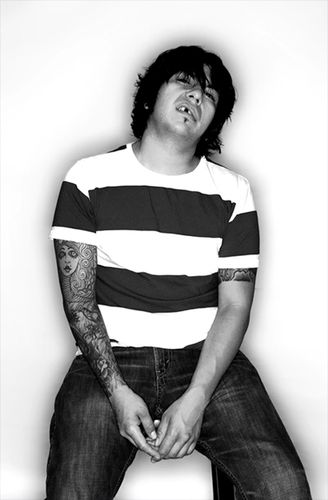 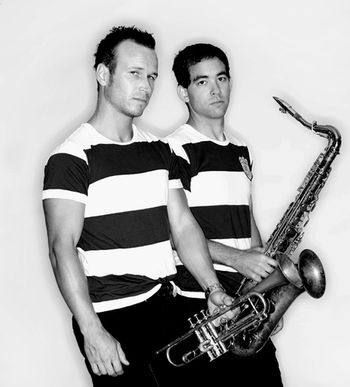 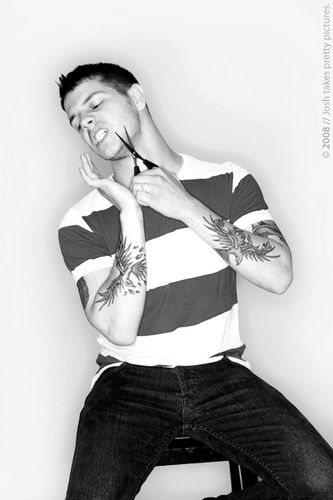 Share photo gallery
Jasten King doesn’t shy away from the term “nancy”. To the Los Angeles singer and songwriter, it’s a badge of honor: shorthand for the long rock and roll tradition of sexual ambiguity and decadent naughtiness that animates his music. At the same time, he’d like to make sure you know that there’s nothing fey or retiring about his approach – like the glam artists he admires, the rock he makes is full and forceful. In KillRadio, he kicked back at the star system and the power structure; with Nancy FullForce, the political has become personal.

The four-song Nancy FullForce EP, the band gives it to us straight: big riffs, bigger backbeat, melodic horns, irresistible choruses, distortion, with classic sass and glamour. King has hard-rock grit in his voice, but he’s also the possessor of an arch, knowing Pavement-like sneer. His nuanced performances radiate genial hedonism, deliciously bad attitude, and, most tellingly, a self-awareness that borders on self-deprecation.

Nancy FullForce drummer Duke shared Jasten King’s tenure in KillRadio – he’s a punk and a provocateur, too, and it’s his tight snare and rough kick that puts these songs in motion. On bruising tracks like “Point the Finger” and “Ride”, the band demonstrates their tightness and their hard-rock chops with a vicious sound reminiscent of The Hives or Rocket from the Crypt. Though lead single “Alzabenet” is probably the catchiest thing on a super-catchy EP, but don’t call it pop – it begins with a slamming guitar-riff and it only gets more raucous from there.

Even when he isn’t rocking Southern California with Nancy FullForce, Jasten King doesn’t stop expressing himself. The multitalented frontman is an in-demand DJ around Hollywood as well as a graphic artist for PETA/PETA2 charities. He’s a video artist, too, doing WeHo Award winning installations at several Los Angeles events as well as videos for bands such as Jaguar Love and The Donnas. So King knows a thing or two about matching sounds with visuals and he gives himself a chance to demonstrate that knowledge for “Alzabenet”.

You can visit www.myspace.com/nancyfullforce to find out more about Nancy FullForce!