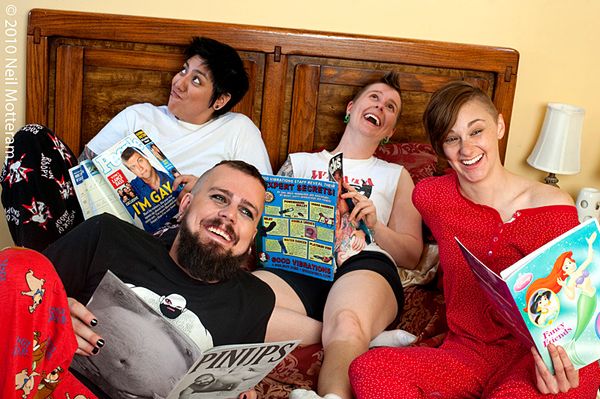 Based in San Francisco, Box Squad is a tongue-in-cheek political band that’s true to its punk/riot grrrl roots. Vocalist/Guitarist Nikki and drummer Marlene, most recently of Oi-Gays and formerly of New York-based The Alter Bois, have joined forces once again. With the addition of rhythm guitarist Caroline Hambright and bassist Johnny E. Ville, formerly of Perfect Machines, these four pals have come together to create an unforgettable synergy – that is, an unforgettably offensive synergy. They are hardly the walk-on-the-beach type, rather they enjoy ninja-farting and jesus-joking, with the occasional vag punch. So check your PC baggage at the door, because it’s 9 a.m. and it’s time for the boobie show!!!

Box Squad: Made In VaChina